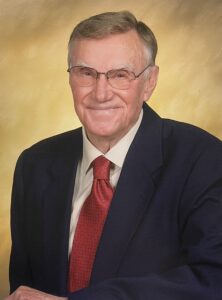 Bill was born in Amarillo, TX on January 25, 1927, to Oscar and Ola Wedgeworth. He was a lifetime resident of Amarillo, TX. He graduated from Amarillo High School, where he was a member of the marching band. He also attended Amarillo College. Bill married Betty Anglin on June 2, 1950. He served in the Army during WWII.

Bill was a member of First Baptist Church and a Mason in the Masonic Lodge. He worked for the Santa Fe Railroad for 44 years.

He was preceded in death by his parents, and sister, Hazel Ewing.