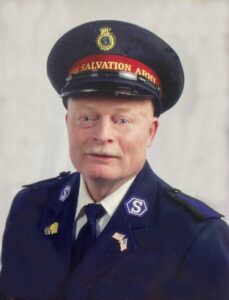 Services will be at 2:00 P.M., Monday, January 16, 2023, at Salvation Army Chapel with Major Tex Ellis officiating. Burial will be at Llano Cemetery. Arrangements are by Boxwell Brothers Funeral Directors, 2800 Paramount Blvd.

Chester was born in Amarillo, Texas on October 30, 1950, to Nadine White and Thomas Dunn.

Chester Ray Dunn was a very loving, warmhearted man.  For the past thirteen years, Chester was married to his second wife, Judith Dunn, and was a very good step-father and grandfather to her three adult children Nathan, Teresa, and Jonathan, and their children. Together they had four fur babies. Chester and Judith had a full, happy life together.

Chester was a part of the Salvation Army chapel for thirty years as a Corps Sergeant Major. He served as the treasurer and drove the bus for the Shelter people. Chester was known as a lovable, supportive neighbor at home and around the community.

Chester will be sorely missed by all who knew him. Heaven is a better place for having him.

He was preceded by his mom, Nadine Dunn;  his dad, Thomas Dunn; his previous wife of 34 years, Barbara Dunn; his sister, Esther Dunn; and his brother, JD Dunn.