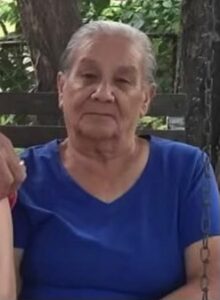 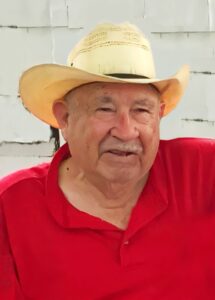 Dominga Flores, 85, of Dumas died on Thursday, December 8, 2022, and Guadalupe Flores, 90, of Dumas, died on Monday, November 14, 2022.  Joint services will be held at 1:00 P.M. on Monday, December 12, 2022, at Grace Thru Faith Fellowship, with Joshua Flores officiating.  Burial will be at Northlawn Memorial Gardens.  Arrangements are by Boxwell Brothers Funeral Directors of Dumas, 500 N. Maddox.

Dominga was born on July 11, 1937, in Hondo, Texas to Refugio and Antonia Benavidez.  She grew up in Hondo and moved to Dumas in 1979 with her husband and family.  She was a homemaker and provider.  She enjoyed working with flowers, shopping, and going out to eat with family.

Guadalupe was born on May 17, 1932, in Runge, Texas to Augustine and Maria Flores.  He grew up in San Marcos and moved to Dumas in 1979 with his wife and family.  He worked as a welder for many years for Lewis Construction.  He retired after working several years as a truck driver which he enjoyed very much.  He also enjoyed taking care of his animals and working around the house.  He always kept busy as a family man.

They were preceded in death by a grandson, Chris Flores.

One Reply to “Dominga Flores and Guadalupe Flores”