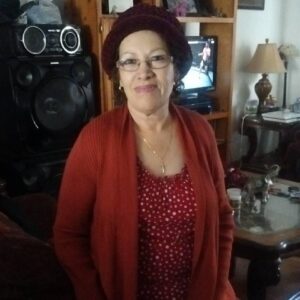 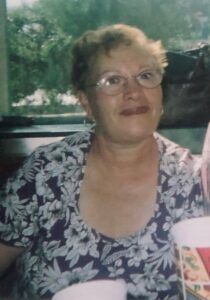 Elibalda was born on October 27, 1953, in Santa Rosa, Chihuahua, Mexico to parents Luis Melendez and Ignacia Aguirre. At an early age, she had the misfortune of losing her mother and having to step up to help raise her younger siblings. On September 27, 1975, she married Elfido Palma with whom she went to share her life till his passing on December 2, 2020.

In 1980 she immigrated to Texas along with her two older daughters Linda and Sonia. While in Texas she was blessed with the birth of another daughter Margarita (Meguie) and her only son Luis Elfido. They would later move to Deming, New Mexico to live near her father and to finish guiding and raising her four children with her faith and religious beliefs. She never went without her two favorite sayings, “God Willing & Thanks to God.” In 2006 she and her husband moved to Colorado where they lived for the next 9 years and then later moved to Texas where she lived out the rest of her life with her husband and son.

Elibalda had an unmatched talent in the kitchen. Her dishes were incomparable with perfect seasonings, not to mention her delicious tamales that were always the best and widely requested from friends and family. Elibalda was known as a compassionate and charitable person. She was positive and always made everyone laugh. She worked most of her life in the restaurant industry to provide a better life for her children. Her best moments were the ones she spent with her family. She never missed a chance to take a trip to wherever she was invited, even if it was just a couple of blocks. She really enjoyed music and dancing with her husband any chance she had. The love she had for her grandchildren was endless.