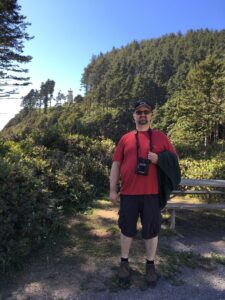 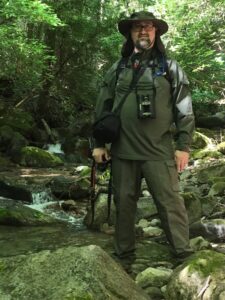 Eric was born on October 10, 1971, in El Paso, Texas to Edward Allan and Suzanne Wheeler (née Haulman) originally from Amarillo.  They left Texas in early 1972 and moved to California where they lived for 48 years.  However, Edward Allan passed away in 2011.  Eric worked as a librarian at Simpson University in Redding, California until he took a job as digital librarian in 2020 at Midland College and moved to Midland, Texas.

Eric was accomplished in many things.  He was an award-winning photographer earlier in his life but got very interested in computers in college and beyond.

He received his B.A. degree in Biblical Studies and English Literature at Simpson University in Redding, California and his Master’s degree in Library Science from Drexel in Pennsylvania.

The most important thing to know about Eric is that he knew Jesus Christ as his Lord and Savior.  Even though his family will miss him terribly, we are comforted to know that he has been reunited with his earthly dad and is safe in the arms of his Heavenly Father.

Eric was a beloved son. He walked with the Lord on the earth, and he is walking with Him still.

He was preceded in death by his father, Edward Allan Wheeler; grandparents, Evelyn and Leroy Haulman, and Edward and Nellene Wheeler; and great-grandparents, Ollie and Walter Barton, and Frank and Matti Helen Paul.

Survivors include his mother, Suzanne Wheeler; aunts, Penny Haulman and Jan Wheeler; and many cousins and second cousins.