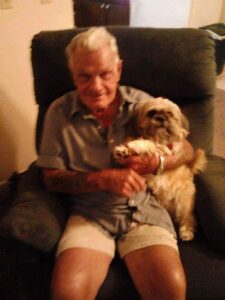 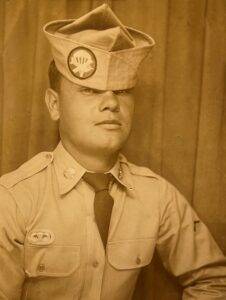 Harold was born on November 22, 1930, in Benjamin, TX, to Austin Young (Jack) Steen and Myrtle Steen. The youngest of 3 boys, he grew up in Crosbyton, TX, where he got his first job at age 9 in a grocery store. This would be the beginning of an incredible work ethic that would span over his entire life.

In high school, he was known as a “hot shot” because of his exceptional football skills.

In 1952, he completed his military service and returned home to Crosbyton, TX. Soon after returning home, he met Joyce Shumaker and they were married on April 6, 1953. He and Joyce moved to Amarillo where Harold supported his family as a stone mason for over 60 years.

Harold loved fishing, boating, camping, and building crafts. He was a kind and generous man who never met a stranger.

Harold was preceded in death by his loving wife, Joyce Steen, and son, David Steen.