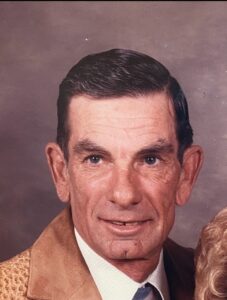 Jack Ray Hardin of Amarillo, Texas was born on December 19th, 1934 in Jacksboro, TX, and on the morning of September 30th, 2022 he peacefully passed away in his home while sleeping at the age of 87.

Jack is survived by his loving wife, Sheri Gleora (Otwell) Hardin, fondly known as Gle.  Jack married  the love of his life Gle on June 4th, 1956 in Snyder, OK

Brother in Law:  Eugene Whitaker and wife Beat (both deceased) of Edgewood, TX

In addition, a host of very dear Amarillo friends, many of which Jack (and Gle) consider family.

For those who knew Jack, everyone would agree that Jack did everything with an all-in attitude and did not accept anything less than an 110% effort. Jack always stayed busy, even sharpening the lawn mower blades the day prior to his passing.  As such, Jack had many accomplishments –

He was a Master Electrician, owning his own electrical company (Hardin Electric) from 1974 – 1985,

and later worked for the City of Amarillo as an Electrical Inspector.  Jack was an Army Reserve Veteran serving  from 05/01/1960 – 10/31/1960, receiving an Honorable Discharge and was also a Shriner.  He was an avid outdoorsman and enjoyed all types of hunting. Jack was also a member of a local Fish & Ski Club where he was quite successful in both activities.  As well, Jack and Gle were part of a Good Sam’s Camping club where they enjoyed camping and could often be found playing cards and dominos with their family and friends. Jack and Gle also danced for a spell in a Square Dance club. And later, Jack joined a tractor restoration club.  And…Jack always loved his Dallas Cowboys football.