A graveside service will be held at 2:00 Monday, April 5, at Llano Cemetery with DeDe Ballou, Chaplain at BSA Hospice of the Southwest officiating.  We ask those who attend please wear masks and respect social distancing for the safety and well being of all.

James was born on May 16, 1939, in Lubbock, TX, to Audrey Lucille and James Leonard Pope.  He was the oldest of four children and grew up in Amarillo, TX.  He graduated from Amarillo High School in 1957 and attended Amarillo College and W.T.S.U.

James coached for Kids Inc. and umpired softball for the city.  He played softball, golf, and bowled on several leagues.  Jim loved to fish!

Jim belonged to International Association of Machinists Union.  He was also a member of The Loyal Order of the Moose (30+ yrs), V.F.W., American Legion, and the A.S.C.A., where he was the President of the Domino Club.

He was preceded in death by his parents, Lucille and Leonard Pope, his wife Linda Marie Pope, and his sister Donna.

The family would like to extend their sincere gratitude to the nurses and staff of Ussery-Roan Texas State Veterans Home and BSA Hospice of the Southwest. Please consider making a contribution in his name to the charity of your choosing. 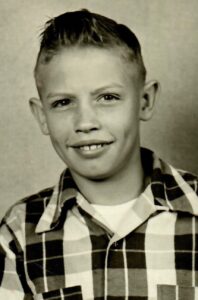