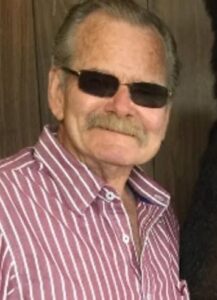 A memorial will be held at a later date.  Arrangements are by Boxwell Brothers Funeral Directors, 2800 Paramount Blvd.

Jerry was born June 5, 1947, in San Antonio, TX to Oscar Leroy and Joyce Hibdon.  He honorably served his country for two years in the US Army during the Vietnam War.

Jerry worked as a master carpenter for much of his career.  He spent his final 10 years working for the City of Amarillo as a building inspector, retiring in 2016.  Jerry also was a 32nd Degree Mason.

He was preceded in death by a son, Tommy Don Hibdon; his father Oscar Leroy Hibdon; two sisters, Bonnie and Darlene; a brother, Roger Dale Hibdon; and a nephew, Raymond Laney.