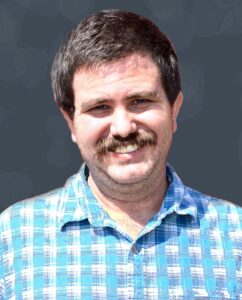 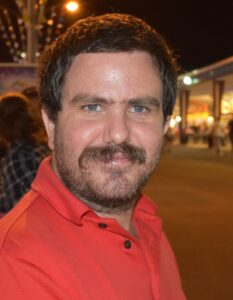 Kenton was born on May 13, 1983, in Amarillo, TX to father Kelly and mother Frankie Gazzaway. He moved with his mother to Plano and then to Garland, Texas; later returning to Amarillo where he graduated from River Road High School. He attended Amarillo College where he earned a certificate in mass communications.

Kenton achieved one of his lifelong ambitions by working as an on-air personality at KACV-FM, “FM90”, while at AC. He worked for a short time for a local television station as part of the morning show camera crew. He held a commercial driver’s license and did a stint as an over-the-road truck driver, seeing America from the windshield of an eighteen-wheeler. He traveled widely with his family, enjoying many adventures including a camping trip traversing Canada’s Alaska Highway, to Fairbanks and Anchorage, Alaska, and back through the gold fields of Yukon Territory. Kenton loved animals, music of all kinds, and loved attending the latest movies. He could talk extensively about both music and movies far beyond his span of years.

Kenton loved to be around people and would engage anyone in conversation. He was sincere and genuine, without artifice. He never judged others based on appearance but accepted everyone at face value. He trusted Jesus as his Savior and treated others with kindness and compassion. He was a member of Pleasant Valley United Methodist Church of Amarillo.

He was preceded in death by his grandparents, William R. “Bill” and Sally Gazzaway; grandmother, Mary Reese; cousin, Curt Wetzel; and a step-grandfather, J.D. Reese.

Survivors include his mother, Frankie Gazzaway of Amarillo; father, Kelly Gazzaway and stepmother Audrey Gazzaway of Amarillo; and a stepbrother, TJ Abernathy of Bentonville, Arkansas. He is survived by an aunt, Tynetta Wetzel and uncle Jim Wetzel; and aunt, Valerie Lowry. Surviving cousins include Cory Wetzel and family, John Lowry and family, Joseph Lowry and family, and Rachel Lowry. He is also survived by a great-aunt, Pat Devin (and family).