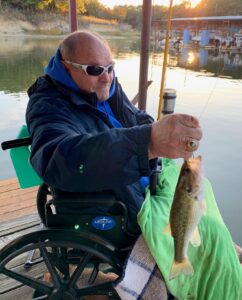 Private family services will be held.  Viewing will be on Thursday and Friday at Boxwell Brothers Funeral Directors of Dumas, 500 N. Maddox, from 9:00 am – 8:00 pm.

Leroy was born in La Crosse, Kansas on February 6, 1935 to Henry & Amelia Bender Kautz. He married Viola Cordova Kautz in 1958.

He worked for Rosel Oil Company of Liberal, KS until 1966. He flew his own plane from Stratford, TX to Liberal, KS to work day shifts and return late afternoons to develop his farming career in Stratford.  He farmed & ranched in Sherman County from 1966-2000.

Leroy was a member of the Stratford Volunteer Fire Department, St. Joseph’s Catholic Church, and the Dalhart Elks Lodge.

In 2000 he relocated to Arthur City, TX, where he continued farming & ranching until retiring in 2015.  Leroy was awarded the Texas State Yield Championship Award 2 years in a row. His greatest passion in life was running his combine and harvesting corn.

He lived life to the fullest from snow & water skiing, snowmobiling, motorcycling, flying, fishing, and numerous other hobbies!!!  His kids always told him they would rather hang out with him than their friends because he was the coolest and most fun-loving person in their lives.