Mrs. Gerlinde E. Hall was born in Memmingen,   Germany on September 26, 1931, to Zacharias and Elsie Weilde. She married Carroll G. Hall on December 6, 1954, in Augsburg, Germany. Gerlinde became an American citizen on September 8, 1960, because she loved our country and believed in our God! She lived in Amarillo, Texas for 57 years and raised 5 children. 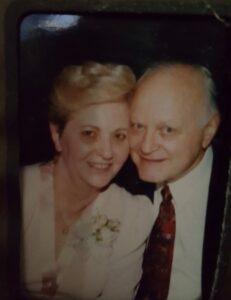