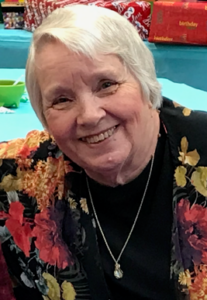 Nancy Gayle Reed, 76, of Guymon, OK passed from this earth to be with her Heavenly Father on Saturday, February 22, 2020 at BSA Hospice of the Southwest.

She was born in Union City, TN to Wayne and Jean Reed. She later moved to Memphis, TN where she received her master’s degree from Memphis State University.

Nancy taught in the Florida and Mississippi school systems before moving to Guymon in 1974 where she spent the next 45 years in the Oklahoma School System.

Nancy was an active member of the First Baptist Church in Guymon where she taught Sunday School for 40 years, GA’s, and served on various committees, including the scholarship committee. She was also active in her community having served on the board of Panhandle Service for Children and worked diligently with Sister to Sister Jail Ministry.

Nancy is preceded in death by her father, Wayne Reed; mother, Jean Blanz; and her loving stepfather, Al Blanz.