Nicklaus Shane Hernandez, 39, of Amarillo, Texas entered eternal life on Saturday, March 5th, 2022 surrounded by his family. We are at peace knowing his body is fully restored with Jesus.

Nick was born on April 24, 1982 to Diane and Frank Hernandez. Although premature, he grew right out of that and in to a gentle giant (unless you messed with someone he loved).

Nick was the shining light to his mom, forcing his baby sister, Constance, to walk early so Nick could be held.

Growing up in Amarillo, TX, Nick graduated from Tascosa High School in 2000. He had a great love for cars, especially Camaros. He loved nothing more than cruising in his Z28 listening to anything from the 90s. His love for computers started when he attended AACAL. Since then, it was Napster, burning CDs, videos, web design & programming.

Nick loved researching everything! He was everyone’s go-to for your tech and medical questions. He was a walking encyclopedia. Nick had many accomplishments in his short life, including running a successful tree business, Texas Tree & Lawn, obtaining several IT certifications, and passing on the Hernandez name by starting a family of his own. 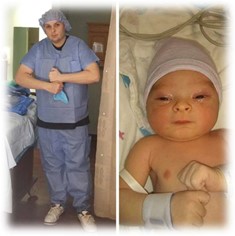 . Friend. He wore them all with pride and excelled at every single one. Nick loved and loved deeply, his love for his family and friends was incredible. Nick was our protector and guardian. When he was around, we were all safe.

In 2019, Nick and his wife, Diana, welcomed their son, Nikola. If you spoke to him since then, you knew his proudest moment was becoming a father. Niko was an immense source of pleasure and watching him unravel into a mini-Nick filled Nick with so much pride and joy.

In 2020, Nick and his family left the small-town life and relocated to Universal City, TX. Probably not what he envisioned when they decided to move to San Antonio. Full of dreams and goals for the future, Nick found the perfect opportunity to expand his education and provide for his family. Spending many nights balancing late-night study sessions and playtime with Niko, he worked hard to provide a fulfilling life for his family.

Once he found success in South Texas – because who wouldn’t want to provide tech support for Microsoft? – it was his mission to get everyone he knew down here. Many nights were spent convincing family and friends that this was the place to be.

Despite his tough exterior, Nick was the one to call when you needed a helping hand. He was a kind, loving, caring, handsome, funny, playful man, like no other. If you were lucky enough to know him, you know exactly what we mean.

and making sure everyone was having a great time.

His unique mannerisms will forever stay with us, from his unique pronunciation of words to his signature look – you knew he meant business when he brought out the chain and his sunglasses. We’ll look around and remember he is always with us.

Nick was a devoted husband and father. A source of security and comfort. He was the best teacher and guardian. Always caring, patient, and loving, putting Niko on a pedestal, and leaving so many nuggets of information for Niko to find.

Nick was an amazing son, always making sure his mom had what she needed. A wonderful big brother, wow these words almost speak for themselves. A brother who protected always, taught, and guided his sister, loved hard, and was her partner in crime. Constance’s bubba, always there. Never angered, just gentle, protecting and loving. A guardian to Constance. Nick was so much more than a brother, he was the male figure in Constance’s life, whom she looked up to and adored. She could always count on him no matter what. His love is like nothing or nobody else. He would hide things to protect her, always looking out for her. He said picking on her made her “tough as nails.” He didn’t want to burden her ever. But he could never be a burden to her. He was her protector.

Uncle Nick. The love he had for his many nieces and nephews was incredible. The bond they shared will be cherished forever. Uncle Nick is one of our favorite phrases to hear coming from the kids. The joy they experienced when with him was endless. So, comforting.

On behalf of Nick’s family, we would like to thank everyone for the outpouring of love, prayers, and support during this difficult time.

Memorial services will be held at 10:00 A.M., Saturday, March 19, 2022, in the Boxwell Brothers Ivy Chapel with Dr. G. A. Roach officiating. Arrangements are by Boxwell Brothers Funeral Directors, 2800 Paramount Blvd.

TL;DR – We lost an amazing man. This world will never be the same for the ones who love him. His loss creates an unfillable void. Thank you for the love, prayers, and support.