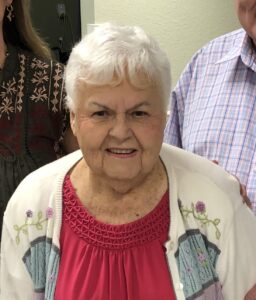 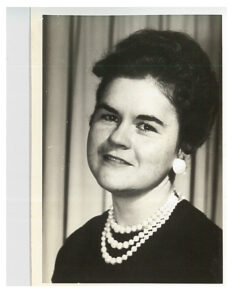 She was born on August 25, 1940, to Joseph and Nina Brooks in Hargill, Texas.  She was named after both parents.  Her father was a Church of Christ preacher and farmer.  Her mother was a homemaker.  As a result, she was a woman of deep faith and an amazing homemaker.  She graduated from Hebronville High School and attended Draughns Business College where she studied bookkeeping.  She had one younger sister named Paula.  Due in part to her father’s service in WWII, the two girls had a seven year age difference, but they were extremely close all of their lives.

In 1960, Nina met Norman Johnson while he was home on leave from the Navy.  It was a blind date arranged by her future mother-in-law and their mutual hairstylist.  Nina and Norman went on three dates before his leave ended.  In 1961 after a year of exchanging letters Norman proposed and they married following his discharge from the Navy.  They first settled in San Antonio where they had two children.  Joe was born in 1962 and Dee was born in 1964.  In 1969, they moved to Johnson City, Texas where they raised their children and lived for more than thirty years before they were persuaded to move to Amarillo to be closer to Dee’s young children.

While raising her own children, Nina was a troop leader for Brownies, and active in their high school athletics boosters and band boosters.  She worked full-time as a bookkeeper, but always kept a spotless house and a good meal on the table.  Friends and family were always welcome in her home.  Visitors came often to the Johnson home.  It was usually crowded but, full of laughter and fun.  Nina had five grandchildren and adored them all.  They called her “Mimi”.  In order of birth, Joe’s children are Alex, Jacy and Ian.  Dee’s children are Hannah and Sam.  She loved to cook for them and cheer them on at football games, basketball games, track meets, recitals and banquets.  The mere sight of any one of them brought an enormous smile to her face.

Nina and Norman had a love story that lasted nearly sixty years.  Together they laughed, raised gardens, raised children and spoiled grandchildren.  She drew her last breath with him beside her holding her hand and passed knowing the she was deeply loved.

A memorial service will be held at Golden Plains Church of Christ located at 4700 I-40 Frontage Road on Saturday, November 30, 2019, at 3:30 p.m.  Following the memorial service the family welcomes friends and family to join them to remember Nina, in the way she loved best, with happy stories and good food at 2600 Teckla Blvd.

The family would like to thank BSA Hospice of the Southwest, BSA Hospital and the Craig for their compassionate care to Nina.