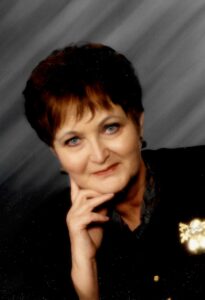 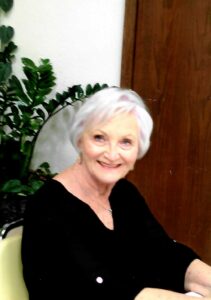 Patricia DeAnn Dunnihoo, born July 24, 1947 in Alva, OK and passed away July 22, 2022 in Amarillo, TX. She was the daughter of  Joseph and Leota Kulbiski. A few years later, she and Leota moved to Gray, OK just outside of Balko to live on the family farm with her maternal grandparents, Claude and Vina Trimmell.

One of her fondest childhood memories was spending her summers in Alva with her Uncle Ed and Aunt Roberta Mosser and their daughter Dorothy.  Most summers Ed’s nephew, Danny Mosser, joined the girls on their summer adventures.  Ed insisted that the entire group always go on a summer vacation, so these three kids saw just about every national park in the western United States and visited Seattle for the World’s Fair.  DeAnn loved retelling a story about a time they crossed the desert in California in route to Disneyland.  Apparently Ed was not about to splurge on air conditioning for the car, so the three kids talked Ed and Roberta into rolling up their windows, so they could make everyone think they were wealthy people. Dorothy and DeAnn remained close all their lives and continued to take trips, most often going to Branson, Missouri.

DeAnn was active student in the Balko Schools, and at home she was playing with her cats or playing the piano.  She was very talented pianist and won a summer internship at 14 years old to play with the Oklahoma City Symphony.

DeAnn married Johnny Dunnihoo in 1963, and they moved to Dumas, Texas, to begin farming.  No stranger to the country, she went after a rattlesnake one day with the garden hose.  Proud of herself for killing it, she laid it out on the driveway for her new husband to see.  Johnny didn’t see it until he was stepping out of the pickup and about came unglued thinking it was still alive.  Shelly was born in 1968, followed by Kristin in 1970.  By this time they had moved to Spearman to begin farming there.

One of DeAnn’s favorite pastimes was taking care of her gardens.  She had three huge flower gardens every year with everything from roses to honeysuckle to pansies.  The vegetable garden was even larger, and she often told her daughters that they never ate a vegetable from a can until they started going to school. The Seal-A-Meal was a staple at her house.

After Kristin graduated high school, DeAnn moved to Amarillo.  She spent the majority of her career working in home health care as an insurance specialist.  Her favorite place to be, however, was working at the Ronald McDonald House on the weekends.  She spent nearly 20 years there and was recognized all over the Panhandle by many people who had stayed there themselves.  She eventually retired from home health care, but within a few years decided that she needed to find something else to do, so she took a job as a receptionist at BSA Hospice of the Southwest, again in a job caring for other people.

DeAnn had a gift for friendships. She was called friend by many, many people and leaves behind a slew of them from Balko area, Spearman, and Amarillo.  It didn’t matter if you were male or female, young or old, you were attracted to DeAnn with her mesmerizing, calming spirit.  She held on tightly to these friends with so many friendships lasting 40 and 50 years, some even longer.  She revered each one and enjoyed going to lunch on a weekly basis with one of her friends, offering advice, laughter, encouragement, or sometimes simply an ear. She will be missed.

DeAnn loved her family fervently.  She was so incredibly proud of her daughters and the men they both married.  Watching her grandchildren grow up was a highlight of her life.  She had a special bond with each one of her grandchildren. It didn’t matter if it was tennis, track, cheerleading, or basketball, she wanted to be there to cheer her grandkids.  She was bestowed a servant’s heart and would drop anything at any time to help her family. She freely gave unconditional love to everyone, always supporting her children in whatever endeavor they were doing.  She was her family’s biggest cheerleader.

She cherished her relationship with Jesus more than anything.  She wrote notes and prayers and scriptures in notebooks nearly every day. She was so strong in her faith, confident that God was always watching out for her and the people she loved.  DeAnn was a powerful warrior for her family and friends.  She would not hesitate to pray with you and remind you that God loved you and just trust Him.  She read the Jesus Calling devotional every day for years.  She was so moved by it that she bought copies and gave them away to anyone needing encouragement.

The Celebration of Life ceremony will be held at 10:00AM on July 26, 2022, at Boxwell Brothers Chapel in Amarillo, TX. A graveside service will be held in Alva, OK at a later date.

In lieu of flowers the family request a donation to your favorite charity.