Praseuth came to the US in 1980 after aiding his older brother, Bouahome, to escape Laos after the Vietnam war. Shortly after, he married his beautiful bride Suvankham. During his life in the US, he worked hard and tirelessly at IBP to provide for his family. Later, he and his wife started a restaurant business that is still operating. Praseuth enjoyed singing at church (First Baptist Church, Lao Congregation in Amarillo, Texas), and he loved to fish and cook. You would always see him in the kitchen. Serving others was always something you see him doing; he enjoyed cooking for friends and family. He showed his kids how to work hard and persevere through the hard times but always found a way to take his kids fishing and how to enjoy the simple things in life. He taught his three children the meaning of good work ethic, fishing, serving others, and giving.

Survivors include his wife Suvankham; his two sons, David, and Daniel and wife Chelsea; his daughter, Nicolette; his grandkids, Emma, Elijah, Elise, and AnaMaria; his older sister, Chanthom Sananikone; and his younger brothers, Bounkeuth and Khamphout Keomoungkhoune. 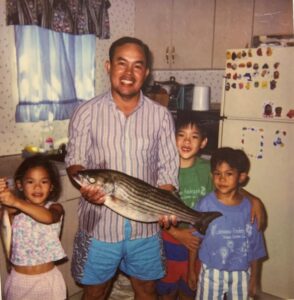 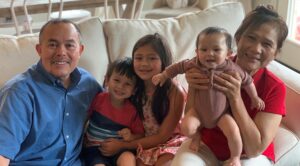