Beloved son, brother, grandson, nephew, cousin and friend, Preston Sloan Alarcon passed away unexpectedly on March 23, 2022 in Amarillo at the age of 22-years-old. Preston was born on May 15, 1999 in Amarillo, Texas, to Joe and Brandi Alarcon, who say they “fiercely loved him and Preston shared with them and friends in recent days that he knew he was very much loved.” The second of four sons, Preston was baptized on January 7, 2007 by Dr. Howard K. Batson, at First Baptist Church in Amarillo, where he secured his salvation in Heaven.

Preston played football from elementary into junior high and wrestled from middle school to high school.

After his junior year of high school, Preston and his mother accompanied First Baptist on a medical mission trip to the Dominican Republic where they helped set up a medical clinic in the capital, Santo Domingo. Providentially, the Alarcons were assigned to the only dentist on the medical mission trip.  As Preston served beside the dentist, he discovered he had a drive to become a registered dental assistant and serve others.

During high school, he was universally recognized as the “cool kid” who befriended everyone. One friend shared he made everything look cool. When Preston was a sophomore, he was selected as a Superintendent Ambassador to represent his junior class the following year. He graduated in 2018, in the top 25% of his class and was selected by his teachers for National Honor Society.

After graduation, he moved to Plano and attended dental training school.  There, he achieved a certification to be a registered dental assistant and worked for Arte Dental Plano. In 2020, he worked as a server at Texas Roadhouse, and the following year he worked at Saltgrass Steak House until his death.  But his real passion was his artistry through his music and production in his in-home studio.  He was very vocally talented. Preston, also known as Aye P, loved the vibe when he was recording. Aye P loved to compose music to paint P’s picture. He used his music as an expression of life.

“Words fail, music speaks,” reads a tattoo on his right arm, and he lived by this mantra. When it was difficult to convey the complexity of his emotion, he frequently composed music. He explained he composed songs so people could relate to the difficult topics so his audience would  “know they are not alone.”

In his music and his friendships, he accomplished this goal. Friends say Preston supported them through the highs and lows of life and described him as having an “inner light” which illuminated every room. He encouraged his friends and family to think critically and to experience the world deeply.

Preston is a beautiful soul.  He was not perfect, which many of us can relate to.  To that end one of the qualities he most admired about himself was his honesty. The quality of compassion, humbleness and a genuine sweetness made it impossible not to fall in love with him. All of his warmth and charm and open-heartedness that we loved was evident to so many. This musically gifted and handsome young man was worthy of your love.  If you were lucky enough to know Preston as we did, and witnessed his sense of humor, natural instinct to include others and his unbridled sense of generosity he gave to anybody day in and day out, I promise you would have loved him even more.

The family loved making memories together on vacations.  Preston’s first trip was when he was only six weeks old to Red River, New Mexico, and they returned there many times over the years.

In July 2016, Preston went on a father-son hiking trip with his father to Wheeler Peak outside of Red River, New Mexico with Hope Choice . After the summit Joe took that opportunity to tell Preston  “Son, I love you so much, I would climb a mountain for  you.”

In 2019, Preston and his two brothers Ashton and Christian went scuba diving in Hawaii after earning money by mowing yards all summer to pay for their own flight and trip. This was a bonding trip for the brothers. In 2020, Preston and Ashton got to go on a grand adventure to Puerto Rico for Spring Break. There they enjoyed scuba diving, walking the beaches, hiking to waterfalls and the BioLuminescence Lagoon on night-time boat trips. The memories of the adventures will never be forgotten.

In July 2021, all six of the Alarcon family members went to Riviera Maya, a stretch of Caribbean coastline. This is the first time the family got to scuba dive together in which they experienced the splendor of God’s creation together.

Preston loved the outdoors, including hiking, snowboarding, hunting and especially scuba diving.   He said he never felt more at peace than when he was scuba diving, because he loved being in the depths of the ocean as it was spiritually healing for him. He told his little brother Slayton that it was a beautiful way to meditate and could get lost in the ocean forever.

We remember Preston for all he was, and mourn the loss of all he could have been.

Memorial Gathering will be at 7:00 P.M., Tuesday, March 29, 2022, in the Boxwell Brothers Ivy Chapel. Please be willing to share a memory about Preston. Services will be at 2:00 pm, Wednesday, March 30, 2022 at First Baptist Church Amarillo with Corky Holland officiating.  Burial will be Llano Cemetery.

If you would like to bless the family by giving a donation to a charity that meant something to Preston, please consider Hope Choice / 300 / 13|30. 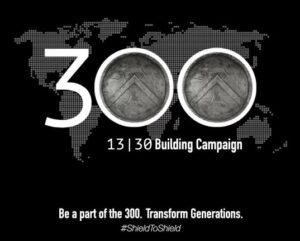 Join the ranks of other college students who are willing to give the Lord their “Yes” and follow where He leads, to reach the lost and isolated, and introduce them to Jesus. 13|30 is a powerful Christian community with the goal of reaching the lost and preparing students to live a powerful life worthy of the gospel of Christ.

13|30 is based on the passage found in Numbers 13:30, “Then Caleb silenced the people before Moses and said, “We should go up and take possession of the land, for we can certainly do it.”

We are standing shield to shield with this generation’s Joshua’s and Caleb’s; who refuse to shrink back from the giants in the land and are ready to take ground for the Kingdom of God.

To view the memorial gathering live, please use this link: https://www.facebook.com/BoxwellBrothersFuneralDire…/live/