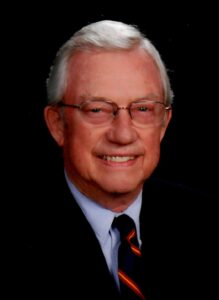 A private family burial will be held at Llano Cemetery preceding the memorial service, which will be held at 11:00 a.m., on Saturday, December 28, 2019 at the Boxwell Brothers Ivy Chapel with Rev. Nick Garner, pastor of Westminster Presbyterian Church officiating. Arrangements are by Boxwell brothers Funeral Directors, 2800 Paramount Blvd.

Bob was born June 29, 1934 in Omaha, Nebraska to Virgil and Irma (Anderson) Lyle. His family moved to Scottsbluff, Nebraska where he attended school and graduated from Scottsbluff High School in 1952. After graduation, he attended Colorado State University, but realized the U.S. Marine Corps was his calling. He enlisted in 1953 and served until 1956, ending his service with the rank of Sergeant. Bob married Darlene Herman of Mitchell, Nebraska on March 24, 1957 in Scottsbluff, Nebraska. They were blessed with a daughter and two sons.

Bob began his career with Swift and Company in Scottsbluff. This followed with a transfer to Clovis, New Mexico and then, Guymon, Oklahoma where he retired as Chief Engineer with the company. Following his retirement, he was employed with Bearing and Allied Supply in Guymon. After a second retirement, the family moved to Amarillo, Texas. With energy enough to want to continue working, he joined Texas Bearing Company and worked until July 1, 2011.

Robert enjoyed following his sons in their athletic involvement, and his daughter’s musical endeavors. He was an avid hunter.

Robert was a member of the Presbyterian Church throughout his lifetime. He served as an Elder and a Deacon.

Robert was preceded in death by his parents, and brother-in-law, Clarence Pyle.

In lieu of flowers, the family suggests memorials to the Presbyterian Children’s Home, 3400 Bowie, Amarillo, TX 79109, or a charity of your choice.