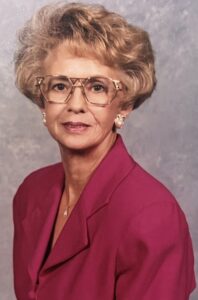 Ruby was born in Hardeman County to Bert and Maye Lamb on February 26, 1935. She graduated from Slaton High School and pursued a career in hair design.

She was preceded in death by her first husband, Bill Brantley; and her only sister, Bertie Mae Robinson.