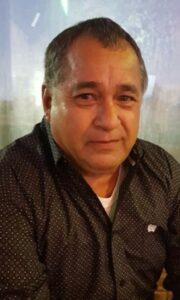 Samuel was born in Ft. Stockton, Texas on October 4, 1963, to Ysabel “Chavel” and Victoria Ramirez.

Samuel was preceded in death by his parents; and two brothers, David, and Salvador Ramirez.