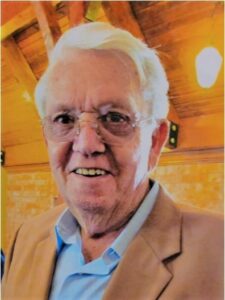 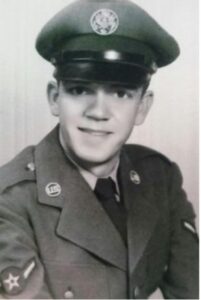 Wendell was born in Paducah, TX on April 3, 1935, to Jewel (Duckett) and John Short. He was one of seven sons, six of which were in the military at the same time. He served in the United States Air Force and the United States Air Force Reserve.  During his military service he was part of the nuclear bomb testing in Nevada. He was very involved in service to Veterans in Amarillo, he ran a DAV store on 6th street.  He also volunteered to take part in military funerals in this area, he played Taps in over 1,000 services.

Wendell was a driver for Continental Trailways for many years.  He also owned, managed, and performed contract jobs for Wilson Electric and had many local customers.

Wendell was the last living brother of the “Short Boys” as they referred to themselves.  He was preceded in death by his brothers, R.V., Cecil, James, Johnny, Dexter, and Clifford Short; wives Linda and Bobbie; his daughter, Karen Denise Boatman, and granddaughter Rachel.

Survivors include his wife, Glenna; daughter, Lisa and husband Brandon Rodgers of Howardwick; grandson Brandon; several great-grandchildren; along with too many nieces, and nephews to count. He was a born caretaker and was frequently called on for help which he would always try to provide if possible, and will be very fondly remembered by all who knew him.