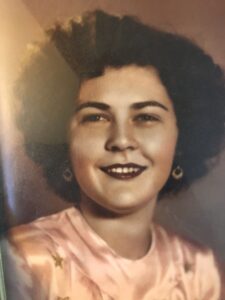 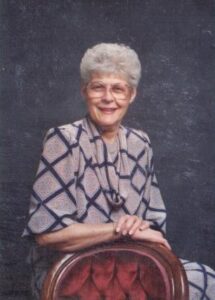 Zonelle Hardaway Simpson passed from this world and into the loving arms of God our Father on October 16, 2021, with her enormously grateful and blessed family at her side.

Zonelle Hardaway Simpson was a loving daughter, sister, mother, grandmother, great-grandmother, and friend of so many.

Zonelle was born the second child to her parents Orville and Grace Hardaway and to her older brother Herman in the small dusty town of Magic City, Texas on 02 May 1930. In the tough times of the Great Depression her faith in Christ and her personal toughness helped her flourish into a happy, energetic, and excited about the possibilities of life girl.

In 1947 she married her first love, William Everette “Bill” Simpson and built a life, home and family that endured until his passing in 1988. She was an enormously loving, generously kind, personally attentive and very proud mother to her son, daughter-in-law, grandchildren, and great-grandchildren, Hal, Julie, Lauren, Kaytlynn, Britain, Addison, Kyleigh, Tegan, Kendall, Cayden, and Cooper.

Zonelle worked as a Postal Clerk at the Sunray, Texas Post Office, a bank teller at American National Bank, a Loan Officer at Team Bank, and a Student Loan Coordinator at Amarillo College. She never described her job as a job, she said she was paid to work with her friends. She would tell anyone that asked that she enjoyed working but loved working with her office family.

Zonelle lived what she would describe as a full, rich in family, friends and love God blessed life.

She was preceded in her passing by her loving father Orville, her faithful mother Grace, and adoring brother Herman.