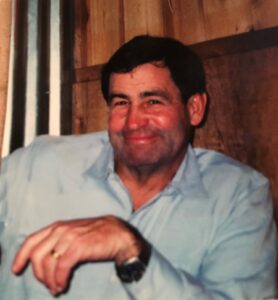 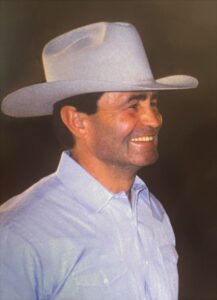 E. Gene Gifford, age 80, of Amarillo, Texas, died on February 24, 2022.
A Memorial Service will be Saturday, March 5, 2022, at 11:00 a.m., at First Presbyterian Church, at 1100 S. Harrison, Amarillo, Texas 79101. Burial will be private. Arrangements are by Boxwell Brothers Funeral Directors, 2800 Paramount Blvd.
E. Gene Gifford was born in Amarillo, Texas, on “St. Gene’s Day”, March 17, 1941, to parents Mignon and Jim Gifford. Gene was active in San Jacinto Methodist Church, Kids Inc, and all school activities in his early years. He graduated from Tascosa High School in 1959. (The first graduating class of the new high school). Gene was the first football captain of the Tascosa Rebel football team and was recruited to play football for Darrel Royal at the University of Texas 1959-1963 where he graduated with a BS degree in Economics and as ROTC officer in the United States Air Force. He was also a member of the Phi Delta Theta fraternity and the Silver Spurs at UT.
After graduation, Gene married Liz Kendall of Wichita Falls in 1964. Their first five years of marriage were committed to the USAF; after the birth of their daughter, Kelly, Gene was assigned Vietnam in 1968 to fly over North Vietnam, Laos, and Cambodia in the RF-101 VooDoo and the 02 Treetop Cessna FAC. He was IDASK Commander when not flying out of DaNang.
Gene returned, and his family, Liz, Kelly, and Justin, permanently settled in Amarillo where Gene worked for Merrill Lynch as a Financial Consultant for 43 years. He happily retired and took on more challenges life had to offer. All his years of life Gene worked hard with dedication in so many areas that touched the lives of kids to adults, of friends to strangers. Some called him “Coach”, some called him “Sir”, some called him “Dirty Giff” and the list goes on.
Those who preceded Gene were his parents, his sister, Gail; his niece, Susy; and his beloved son, Justin.
Gene is survived by his wife, Lizzie; his daughter and son-in-law, Kelly and Sam Field and granddaughters, Gifford Elizabeth and Emma Jane; his daughter-in-law, Holly Gifford and grandchildren, Gus, Joe T., Hattie Catherine, and Mary Elizabeth; and his nephews, Dustin and Gifford Montgomery.
Among Gene’s many accolades and achievements some included: coached Kids Inc football 17 years; Board member of Kids Inc, Maverick Club, Camp Alphie, Will Rogers Range Riders Club (Pres); National Cattlemen’s Assoc; Master Mason and Scottish Rite, Khiva Shrine, Tri-State Fair Board; Outfit Board; Arena Director for Coors Outfit Ranch Rodeo 17 years; Coor’s Cowboy Club; Tascosa High School Hall of Fame 2009; Grand Marshall of the 1959-2018 Tascosa High School 60 year Homecoming Parade; volunteer for Rodeo Team of Cal Farley’s Boys Ranch.
Gene loved the LORD and was a member with Liz at First Presbyterian Church. He loved his wife and his children. He loved his grandchildren. He loved his friends. He loved roping, his favorite horse, Blue Duck, and his constant roping companion dog, Newt.
The family is requesting that any memorials be given to Shriners Children’s Hospital in care of Khiva Temple, Amarillo; Kids Inc. new Multi-Sport Athletic Complex; Butterfly Wing Hospice of Baton Rouge Hospital (non-profit), 3600 Florida Blvd #1100, Baton Rouge, LA 70806; or one’s favorite charity.
Use this link to view the service: https://drive.google.com/file/d/1Wn-y–X0em8BV5OHjgMwzqUa5DgNwLZP/view?usp=drivesdk