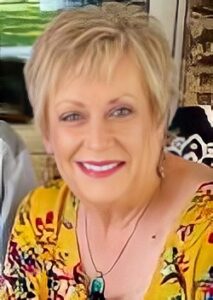 Penelope Lynn “Penny” Phillips, 67, of Amarillo, Tx passed away peacefully on Monday, February 7th, 2022, with her beloved family by her side.

A celebration of life service will be held at 2:00 pm on Friday, February 11th at Hamlin Memorial United Methodist Church in Farwell, TX. The service will be followed by a burial at Sunset Terrace Cemetery. Arrangements are being made by Boxwell Brothers Funeral Directors in Amarillo.

Penny was born on April 29, 1954 to Elizabeth and Glenn Phillips. She grew up and graduated from Farwell High School in 1972. Penny was involved in basketball, cheerleading, band, and many other school activities. She was an active member of the Farwell Methodist Church youth group, where she grew her faith and was later baptized into Christ. Following high school, Penny attended college at Texas Tech, graduating with a degree in Education. Penny went on to pursue a career in teaching, giving her the opportunity to touch many lives over the years teaching Special Education in Lubbock, Canyon and Lazbuddie.

Penny had a heart for music, enjoyed cooking, loved traveling, and always looked forward to spending time with family and friends. Penny’s love for music began at a young age, as she was very talented and could play several musical instruments. She also had a passion for cooking, a great talent she had learned from her mother Liz. She had recently enjoyed passing that family torch on to her great nieces and nephews. Penny was an old soul and had a great gift for connecting with others and making everyone who knew her feel loved and valued. She was always proud to support her favorite coaches Don, Colby, and Sarah Carthel and was their #1 fan throughout their coaching careers. Penny loved her family dearly. She took great pride in spoiling her great nieces and nephews, whom she affectionately called her “Pookies”. She was everybody’s favorite Aunt Penny!

The family suggests in lieu of flowers memorials be sent to one of the following or a charity of your choice: