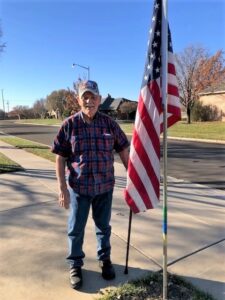 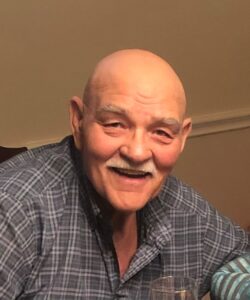 Tommie Lee “Tom” McGlaun, 75, of Amarillo, died on, October 18, 2021.
Services will be at 10:00 AM, Saturday, October 23, 2021, at Boxwell Brothers Funeral Directors. Arrangements are by Boxwell Brothers Funeral Directors, 2800 Paramount Blvd.
Tommie was born in Crowell, TX, on July 12, 1946, to William (Bill) and Dorrisey (Dorris) McGlaun. Tommie was a servant at heart and felt a calling to join the Army at age 17. While in the Army, Tommie earned his GED and learned skills to become a mechanic. After serving 4 years, Tommie was asked to enter Officer Candidate School, but his heart was in Amarillo. Tommie returned to Amarillo and found a job working at Bell Helicopter, as a mechanic repairing damaged helicopters from the War. He also attended Amarillo College and earned his Associate Degree.
During his first few months of employment at Bell Helicopter, Tommie was introduced, via a mutual friend, to Cheryl Burnam. At the time, Cheryl was working for the City of Amarillo in the tax department. It was love at first sight, and they dated for 1 year, before being married on February 21, 1969.
After working at Bell Helicopter for 3 years, Bell decided to move their operation out of Amarillo, forcing Tommie to find other employment. Tommie also found employment with the City of Amarillo in building maintenance. His work ethic and knowledge allowed him to promote quickly, but after 10 years left for a better opportunity.
In 1978, Tommie was the sixth person hired to work at the newly built Owens Corning manufacturing Plant. Tommie was well respected at Owens and worked as an HVAC Technician. Tommie found a home at Owens that he couldn’t leave, and remained employed there until his retirement in 2009.
Tommie enjoyed playing dominos, fishing, watching the Dallas Cowboys, watching basketball, playing practical jokes, camping, and anything to do with being outdoors.
He was preceded in death by his parents, William and Dorrisey McGlaun; aunt, Shirley and husband Troy Baumann; and aunt, Betty Whatley and Uncle Royal Whatley.

Please use this link to livestream the service: https://www.facebook.com/BoxwellBrothersFuneralDirectors/live/