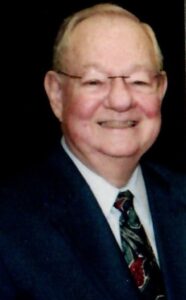 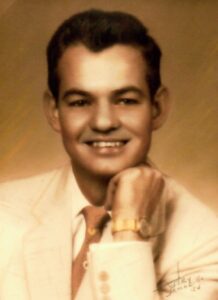 Richard Waldron (Dick) Brainerd of Vega, Texas passed into God’s hands Saturday, August 15, 2020. He was 89. Dick was born October 22, 1930 in San Angelo, Texas as the third child to William F. (Frank) Brainerd and Virginia Waldron Brainerd. His family moved to Amarillo, Texas where he attended St. Mary’s Academy and graduated from Price High School in 1948. He attended Amarillo College before being drafted into the United States Army during the Korean War. After the Army, Dick returned to Amarillo where he met his future wife Dorothy E. Zhanel of Pampa, Texas and completed his bachelor’s degree at West Texas State College. He and Dorothy married on February 4, 1956 before moving to Austin where Dick completed his Doctor of Jurisprudence degree at the University of Texas School of Law in 1960.

Dick & Dorothy returned to Amarillo where Dick worked at Western National Life of Amarillo. Dick began his legal career for the City of Amarillo then moved to the Potter County Attorney’s office. Dick & Dorothy moved to Vega in April 1964 prior to Dick’s election as Oldham County Attorney in November, where he served as County and District Attorney for 28 years, from 1965 to 1993. During that time he received numerous awards, including election as President of the Texas District and County Attorney’s Association and named Texas Prosecutor of the Year in 1988. Dick also served as a member or officer in numerous organizations, including the Knights of Columbus, Vega Jaycees, Vega Kiwanis, The Boy Scouts of America Advisory Council and many others.

Viewing will begin at 2:00 P.M., Rosary will begin at 2:30 P.M., and Funeral Mass will follow at 3:00 P.M., Friday, August 21, 2020, at Immaculate Conception Church in Vega, TX. Graveside services will be at 4:30 P.M., Friday, August 21, 2020, at Memorial Park Cemetery at Vega. Arrangements are by Boxwell Brothers Funeral Directors, Amarillo. Please wear a mask if you plan to attend services in order to help prevent/minimize the spread of any disease.

The Brainerd family thanks his physicians, nurses, and administrative staff of the Amarillo medical community; including the VA hospital and Texas Tech Medical School, Texas Home Hospice/Accolade, and Home Care Assistance of Amarillo for their outstanding and loving care provided to Dick and Dorothy.

Instead of flowers, the Brainerd family would appreciate donations to the Immaculate Conception Building Fund, The Catholic Historical Society for the Diocese of Amarillo, or your favorite charity.