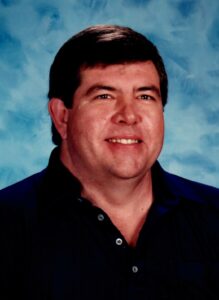 Henry Paul Kalokowski Jr. (Hank), 71, of Amarillo, TX passed away January 1, 2020.  He had been in declining health for a number of years due to his exposure to Agent Orange.

Hank was born in Amarillo, TX to Henry P. Kalokowski and Geraldine May Kalokowski on January 28, 1948.  He was raised in Amarillo and attended St. Mary’s Academy and Price Catholic High School.  He dropped out of high school to join the Marine Corps; which is pretty-well unheard of today.

He served in Vietnam with the First Marine Air Wing in support of ground combat operations.  He was medevacced from Vietnam to the Naval Hospital at Subic Bay, Philippine Islands.

While recuperating in the Philippines, he met and married Marietta Daytutos.  He had to petition the U.S. government and was granted permission to bring Marietta’s children, Alma, Alicia, and Alberto back to the United States with them.  While the family was stationed in North Carolina, Hank and Marietta had a son, Henry.

He worked for a time in Wichita Falls for Northrup then returned to Amarillo to pursue a degree at West Texas State.  He served with Detachment Co. C 4th Tank Battalion, while working on his degree.  He later received an honorable discharge as a Staff Sergeant.

Hank received a BS from West Texas State.  As part of his degree program, he worked on several archeological digs around the Texas Panhandle.  After graduation, he worked for a time with the National Park Service at the Grand Canyon.

He returned to Amarillo and became a teacher with the Amarillo ISD.  He taught science at Horace Mann until his retirement in 2002.  His students knew him as “Mr. K.”

Hank had a special love for dogs and horses, and had many other interests including astronomy, history, photography, old movies, collecting firearms, and going to the shooting range.  He was a longtime fan of the Dallas Cowboys and Texas Rangers.

He was preceded in death by Marietta, and a granddaughter, Lily Moore.

In lieu of flowers, the family requests memorials be made to the VA Volunteer Services, 6010 Amarillo Blvd., Amarillo, TX 79106.