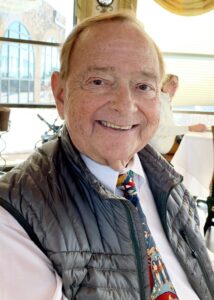 Cliff was born in Amarillo, TX on October 21, 1942 to Ophelia and C.J. Humphrey. He graduated from Amarillo High School in 1961. Cliff received his doctorate from Baylor University. He was an attorney and political consultant in Washington, D.C. for 34 years.

Cliff lived in Alexandria, VA for 34 years and returned to Amarillo to retire in 2013.