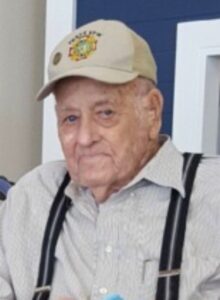 Private family services will be held.

Born March 7, 1927 in Fredericksburg, Texas, Charles served in the U.S. Army for thirty years, retiring as a Command Sergeant Major in 1975 with service in post-World War II Europe, Korea and Vietnam, and as the Non Commissioned Officer in charge of the Amarillo U.S. Army Recruiting District. After his retirement from the military Charles farmed and ranched the Canyon/Amarillo area for many years until his retirement in 2008. Charles was a lifetime member of the Veterans of Foreign Wars Post 1475 in Amarillo.

Charles was preceded in death by his wife of 70 years, Anna and by his sister, Theresa Kramer, of Fredericksburg, Texas.