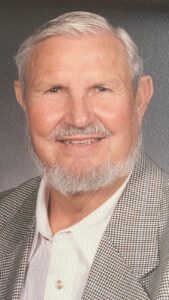 Funeral Services will be held at 2:00 P.M. on Monday, March 9, 2020 at Pleasant Valley Baptist Church with Michael Carter officiating.  Burial will be at Llano Cemetery.  Arrangements are by Boxwell Brothers Funeral Directors, 2800 Paramount Blvd.

Cledon was born on November 23, 1937 in Tulia to Walter Cleo and Donald Maurine Billington.  He graduated from Tulia Highschool where he met the love his life.  He married Barbara Henderson on June 17, 1955 in Clovis, N.M.  He had worked for Pantex for 16 years, Panhandle Steel Buildings, and started and operated CIB for many years.  He was a member of the Gideons and loved to sing in the choir at Pleasant Valley Baptist Church.

He was preceded in death by a daughter, Gay Gray; and a sister, Selenda Billington.