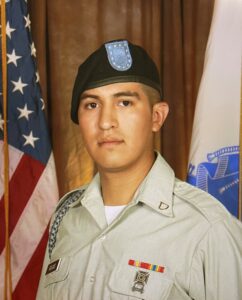 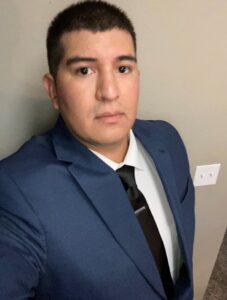 Michael attended the Nazarene Christian Academy. He graduated from Hereford High School in 2006 where he was a member of the JROTC program. He was a Boy Scout throughout school and earned his Eagle Scout in High School. He attended Norwich University, a military college in Vermont. He served his country for 6 years in the Army, stationed in Alaska and Germany. He had some training in Korea and California. Prior to serving in the Army, he served in the Vermont National Guard and the Texas National Guard.

He was a member of Hereford Church of the Nazarene and after moving to Amarillo found a home at The Loft Church where he would say they welcomed him in and he felt right at home. While attending the Loft Church, he helped with Love in Action, a ministry that feeds the hungry.

Michael is best described by his family and friends as kind and humble and one who always saw the good in people, who would give those a chance where others wouldn’t.  He always had a smile on his face and was always willing to talk to someone when they needed someone to talk to. He encouraged and shared his faith with anyone that would listen.

One of his former military friends described him as one of the most honest guys in the company, and he knew almost everything there was to know about history. He loved those guys and was one that would have given you the shirt off his back to help anybody.  He would always share how he loved his family and how proud he was of them.  Movies, politics, history and most importantly his love of God were the subjects he would be sharing with you.

He touched many people’s lives and will be greatly missed. He leaves a great void, but we rest knowing we will be reunited someday.

For those that have asked, flowers or a memorial in Michael’s name to the Love in Action Food Ministry in care of the Loft Church will be a blessing.