Spiritual from a young age, Terry was not afraid of what lay ahead, but he treasured his time on earth, where he loved and was loved by many. He was preceded in death by his mother and stepfather, Pauline and Ben Presnell, as well as his brother, Robert Ford. He is survived by his wife of 42 years, Darlene (Buckmaster), their children Drew and Melissa, his sister Linda (Howell), niece Ashley, nephews Mike and Robby, and the countless people whose lives he touched as a friend and spiritual advisor in his capacity as reverend at multiple church throughout his life. 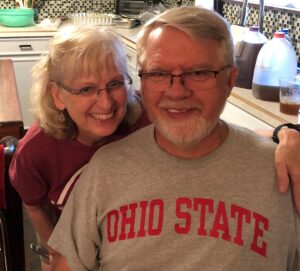 Terry’s first church appointment was in Decatur, IL, and he retired from ministry after serving the First Christian Church in Liberal, KS. Terry loved everyone he knew, Ohio State football, and Led Zeppelin. He loved to sing, though he’d tell you he wasn’t any good at it. He was kind and honest (except about his singing) and funny and fearless.

In lieu of flowers, Terry’s family requests that any donations be made to MD Anderson Cancer Center or BSA Hospice of the Southwest TX, so that others may never have to know the struggles he faced. They also request that you tell your loved ones that you love them. It was his favorite thing to tell us. 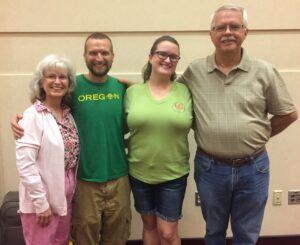