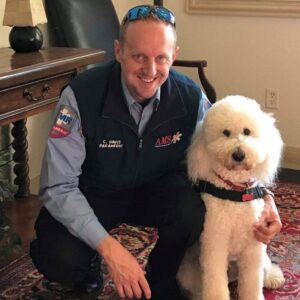 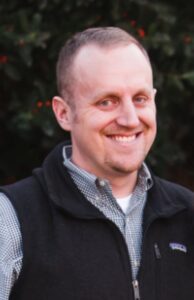 Casey was born June 29, 1985, in Amarillo, TX to James “Bronc” Davis and Camille Cooney Davis.  He graduated from Tascosa High School and shortly after pursued a career as a first responder.  Casey was first a firefighter in Guymon, Oklahoma and soon became a shift captain of the GFD, he continued his education and received his paramedic certification going on to serve many communities in Oklahoma and the Texas Panhandle. He served Boise City, Oklahoma, and Dumas, Dalhart, and Amarillo, TX. This was not only a career but a lifestyle, he worked for Apollo as a flight medic where he met his wife Courtney Davis, an ER nurse, they have been happily married since 2017. He spent his last few years working with AMR in Amarillo.

Casey had an infectious smile, a love for caring for others, and teaching new EMTs and medics. He was the guy you wanted on the ambulance if you were sick or injured and the partner you knew you could always count on. He loved the outdoors and teaching his son, Barrett to be a strong young man. He taught him to use his tools, build things, and also enjoyed taking him fishing. He also has three daughters, one of his own Collin and two bonus daughters, Kaydence and Khloe, he spoiled all three of them rotten and loved chasing them to school plays, dance recitals, cheer competitions, and volleyball tournaments. Collin especially loved to sing and dance with her Dad. Casey loved to cook and enjoy a nice evening on the patio with his family. Casey was such a joy to be around, enjoyed making others laugh, and always wanted to have a good time. He loved to travel, he liked being busy and on the move, he loved to talk and laugh, getting coffee, and cooking yummy food. The Palo Duro Club and St. Andrew’s were big parts of his life and he has people in these communities missing him too.

Casey was a member of Hillside Christian Church.

Use this link to live stream the service: https://www.youtube.com/channel/UCwxCSdC9KKslSEh3MxAy1pA/featured?view_as=subscriber