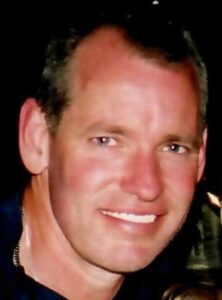 Ben was born November 15, 1955 in Amarillo, Texas. He was a member of the Fightin’ Texas Aggie Class of 1981, studied Industrial Engineering, but mostly studied the nightlife in College Station before deciding to follow in his father George’s footsteps and partnered with him at Bonin Insurance Agency in 1983. That same year, Ben married Belinda Mortara, of New Orleans, Louisiana.

In 1987 their daughter Lauren was born. Ben instilled in Lauren the importance of loving nature and animals, the simple pleasure of losing oneself in a good book, how to beat the boys in videogames and foosball, a deep appreciation for music, mischief, and the art of good-old fashioned stubbornness.

On May 12, 2001, Ben married Deborah S. Wattenburger. Two families became one, and for the next eighteen years he led the Bonin/Wattenburger crew on countless adventures including whitewater rafting, hiking in Telluride, attending concerts all over the country, and deep-sea fishing off of Grand Cayman. An avid golfer until the very end, he never turned down an opportunity to play a couple of rounds with his family and friends, no matter how hard the Amarillo winds were blowing, or how many hours he had spent playing the day prior.

Ben fully embraced life and all of the joys it brought, but never lost sight of the fact that sharing those joys with the ones he loved was the best part of the journey.

Quintessentially self-deprecating, Ben would often joke that he wasn’t changing the world by selling insurance, but the irony is that he had no idea the profound impact he had on anyone lucky enough to have known him. From his beloved clients, to his golfing buddies, to the family he cherished more than anything, he made the lives of everyone around him easier, brighter, and so much more fun.

Ben blazed his own trail, followed his own rules, and made darn sure that those he loved knew how treasured they were. Ever true to himself, his final message to his family was to, “help each other out and be kind to one another.” His generosity, kindness, strength, and sense of humor will always be remembered.

He is survived by his wife, Deborah Bonin; four children, Lauren Bonin Auzenne and her husband, JW Auzenne, Blake Wattenburger and his wife Eva, Lydia Wesley and Jack Wattenburger; a brother, Mike Bonin; a sister, Georgia Bounds; five grandchildren, Taytum, Maddi, Keltie, Harlow and Emmy and many beloved family members and a multitude of dear friends.

Thank you to the BSA Hospice of Southwest.

In lieu of flowers please donate to the local Amarillo SPCA: