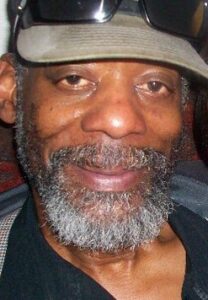 Mr. Jackson was born in Amarillo, Texas, August 10, 1950, to S. T. and Nancy Jackson.  He attended school in Amarillo and graduated from Amarillo High School in 1968, where he excelled in Track and Field events.  He was awarded a scholarship to Wharton Jr. College.

Ed returned to Amarillo in 1970, where he married Angela Austin.  To this union a son was born.

Ed relocated from Amarillo to Denver, Colorado, in 1972, where he lived until his death, on June 9, 2019, after a brief illness.

Ed was preceded in death by his mother.  To cherish his memory, he is survived by his beloved, June Brown.  His survivors include his father, S. T. Jackson, who resides in Amarillo; five siblings:  Samuel T Jackson of Austin, Texas, Patricia E Alexander of Amarillo, Debra R Jackson of Amarillo, Loretta L. Jackson of Arlington,  Texas, and Carlton C Jackson who resides in Plano, Texas;  one daughter, La Tasha Jackson (Branden), of Denver, and two sons: Darron  Austin (Jessica) of Eurika, California, and Lamar Monroe who resides in Houston, Texas; 6 grandchildren: Genesis, Branden, Jasmine, Darron, Jr., Adrian,  and Drake; and two great-grandchildren.  A host of relatives and friends will miss his kindness and laugh.

One Reply to “Ed Daniel Jackson”