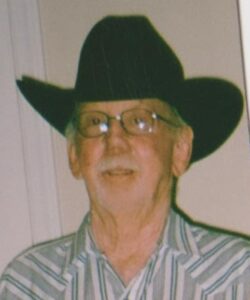 Sam was born in Wheeler, Texas on January 2, 1942. He moved to Amarillo in 1963. He was drafted into the US Army in 1966, he served with distinction as an artillery crewman in the Republic of Vietnam. Sam was a longtime member of the PRCA, he competed in many rodeos and was proud of winning the Senior World Champion Steer Roping in Guthrie, Oklahoma in 1993, and the Senior Championship in Cheyenne, Wyoming Frontier Days in 1994. He was most proud of his two sons, Sammy and Billy.

He was preceded in death by his father, Leonard Fulks; his mother, Susie Fulks; his sister, Charlene Hartzell; his niece, Terry Beggs; and brother-in-law, Don Johnson.