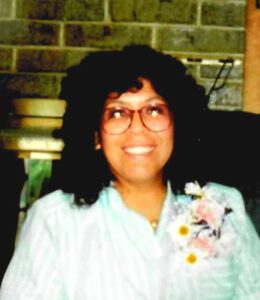 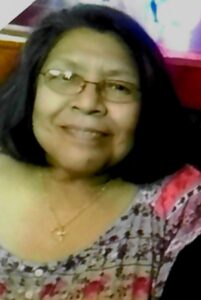 Catholic Funeral Mass will be held at 10:00 A.M. on Monday, February 15, 2021, at Our Lady Of Guadalupe Catholic Church in Amarillo, Texas with Father Gomez as celebrant. Arrangements are by Boxwell Brothers Funeral Directors, 2800 Paramount Blvd in Amarillo, Texas.

Anna, otherwise known as “Uma” to those closest to her was born on April 22, 1954, to Dominga and Pedro Aguirre.

Uma was the most caring and sweetest person you would have ever met, she knew no strangers. She was a woman of God, who valued and loved her family more than anything. Her pride and joy was her only daughter and 2 amazing grandsons, “the men in her life.” Anna worked for the United Postal Service for 20+ years, served as Treasurer for American Postal Workers Union, and pridefully retired after her hard work and dedication to the United States Postal Service. She found solace and peace in her beloved hobby of cross stitching and crochet and blessed many with her exquisite talent.

She was preceded in death by her mother and father, Dominga and Pedro Aguirre, and her older brother, Mike Aguirre.

Anna’s daughter and grandsons will be receiving friends and family for a viewing on Sunday, February 14, 2021, from Noon to 6:00 p.m. with a rosary following at 6:00 p.m., this will be at Boxwell Brothers Funeral Home, 2800 Paramount Blvd., Amarillo, Texas.