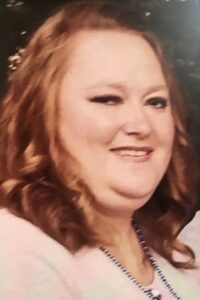 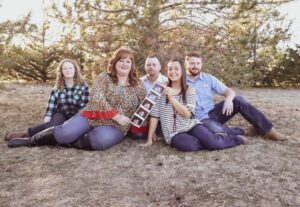 B’Anna was born in Albuquerque, NM on December 28,1980 to David and Teresa See.

B’ Anna was a resident of Vega, TX. She attended school in Adrian, TX where she was on the basketball team, track team, tennis team, and a cheerleader. She graduated from Dimmitt High School. B’Anna met Billy Scroggins and they were married on November 15, 1996

B’Anna was a sports fan and loved going to sporting events and concerts. She loved any reason to get together with family and her large group of friends. B’Anna had a contagious smile and a very kind soul. B’Anna worked for AIG for the past 15 years, where she was a business analyst in the structured settlement department.

B’Anna’s whole world was her husband Billy of 23 years, and her children Brian, Shaylee and future daughter-in-law Renee. They were eagerly awaiting the birth of the 1st granddaughter Everleigh Jean Scoggins due May 4, 2020.

B’Anna is preceded in death by her infant son, Braden Lee Scroggins; her maternal grandmother, Patricia Wigley; and her paternal grandparents, John and Charlotte See.

Private family burial will be held. A memorial service will take place at a later date. Arrangements are by Boxwell Brothers Funeral Directors, Amarillo.