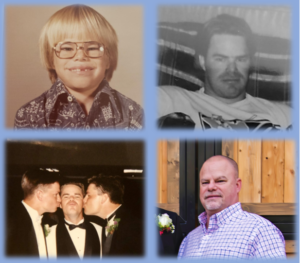 David Christopher (Chris) Ellis was born on June 7th, 1968 in Amarillo, Texas.  He passed away on April 13th in Fort Lauderdale, Florida.

A memorial service will be held in the near future.

Chris, known as “Corn” to most, grew up in Amarillo and graduated from Amarillo High School, where he was a standout pole vaulter and softball player.   He spent the last 20 years living and working in the DFW area and most recently in Fort Lauderdale, Florida, working together with his brothers.

Corn was passionate about his many interests and hobbies and was not afraid to try new things.  He loved boats, fishing, cars, motorcycles, the gym, dogs, kids, and all sports – particularly football, baseball, and bowling, where he was known to beat a pro or two with his self-taught style.

Corn loved many and was loved by many.  He was a great brother, uncle, and friend.  He will be greatly missed.

He is survived by his parents, David and Barbara Ellis of Plano, Texas. Two brothers, Tony Ellis of Argyle, Texas and Brent Ellis of McKinney, Texas.

He was an uncle to Lauren, Lindsey, Logan, Lexi, Madison, and Greyson.