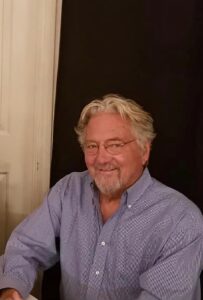 Dennis Edwin McHugh joined Jesus in Heaven, on Friday, January 21st, 2022, at age 77.
Memorial services will be at 11:00 A.M., Saturday, January 29, 2022, in the Boxwell Brothers Ivy Chapel. Arrangements are by Boxwell Brothers Funeral Directors, 2800 Paramount Blvd.
He was born in Electra, TX on June 5, 1944, to Edwin and Billie McHugh. He grew up in Amarillo, TX with his parents and four siblings. In 1962, he graduated from the original Amarillo High School, and he married the mother of his four children the following year. He was an active member of his church for many decades, both as a boy and throughout his life. His faith and relationship with God and Jesus Christ were paramount to him, which he passed on to his children.
Dennis began his electrical career through a program with the IBEW (International Brotherhood of Electrical Workers) in the late 1960’s. He passed his Master Electrician’s license in 1985, and started his own business, Master Electric, as an Electrical Contractor in 1986. Master Electric is still in business today as Master E Networks and is owned by his son. Dennis was a member of several organizations over the years, including The Amarillo Rotary Club, NECA (National Electrical Contractors Association), and IBEW (International Brotherhood of Electrical Workers).
He coached several kid’s sports teams, both for his children and grandchildren, and went to all his children’s games, performances, and concerts. His family was always extremely important to him. He also coached, played and sponsored a men’s softball team for almost 2 decades, well into his 50’s. And he made several lifetime friendships on the field.
In 2000, he met his wife, June, at Paramount Terrace Christian Church in Amarillo, TX, and they were married on April 21, 2001. Throughout their nearly 21-year marriage, he built a strong relationship with June’s children and made a positive impact on their lives in many ways. Dennis and June really enjoyed traveling to many interesting places over the years including Cozumel, Nashville, Graceland, and Mt. Rushmore.
Though it was always particularly important to Dennis to work hard, he genuinely loved and enjoy life. He was an adventurous man with a love of the mountains. He traveled to his property on the Spanish Peaks in Colorado every chance he got, and he had a cabin in Angel Fire with his wife, June, as well. He loved taking motorcycle road trips with his brothers and son, and so many others joined along over the years.
He loved Jesus, coffee, music, pool, and Shiner Bock beer. Not necessarily in that order.
He was a Christian.
A dreamer.
A leader.
A tireless worker.
A fighter.
A lover of life.
An adventurer.
He was a teacher and sharer of wisdom.
And we were lucky to call him ours.
He is survived by his wife, June McHugh; a son, Mark McHugh and his wife Valisa; three daughters, April McLaughlin and her husband, Todd; Abigail White and her husband, Jacob; and Carrley Blankenship and her husband, Michael; a step-daughter, Ashley Rodriguez and her husband, David; a step-son, Brandon Pedersen and his wife, Courtney; 16 grandchildren and 9 great-grandchildren; two brothers, Robert McHugh and David McHugh, and two sisters, Priscilla Brogden and Jessica Higley.
He was preceded in death by his parents, Edwin and Billie McHugh.
Please use this link to view the funeral via livestream: https://www.facebook.com/BoxwellBrothersFuneralDire…/live/