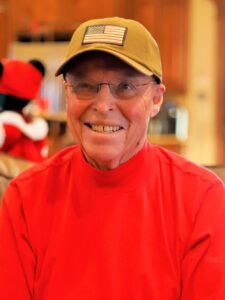 Joe Allen Norman, 82, of Amarillo, TX peacefully passed away on August 8, 2021, after a long battle with Alzheimer’s disease.

Memorial services will be at Southwest Church of Christ at 2:00 p.m. on Thursday, August 12, 2021. Private interment will be at Memory Gardens Cemetery. Arrangements are by Boxwell Brothers Funeral Directors, 2800 Paramount Blvd.

Joe was born on June 2, 1939, in Frederick, Oklahoma to Jay Dennis Norman and Marjorie Lurine (Peter) Norman. The family lived in Altus, Oklahoma where they raised their two sons, Joe and Jerry.

His father taught mathematics at Altus High School, and his mother was a homemaker and a teacher at Washington Elementary School. Joe, like other children of that era, learned to work hard at an early age. After school and in the summers, he worked at the United grocery store and on his uncle’s farm near Frederick. He enjoyed his time working for the Snell family at United Grocery Store in Altus and had many great stories of the hard work and lessons learned during that period of his life.

As he grew older, Joe participated in high school sports, most notably football. He loved to recollect the stories of his high school football days where he competed along with many of his life-long friends.

While in high school, he was also a member of the band in which he played the cornet. In the spring of his sophomore year, while preparing to perform a cornet solo for a contest, he asked a friend and fellow classmate Susanna Mahan to accompany him on the piano. This quickly led to dating, and they were soon “going steady”.

After graduating from Altus High School in 1957, Joe and Sue both enrolled at Oklahoma State University and headed off to train to become teachers. They continued to date, became engaged during their sophomore year, and married on August 21, 1959. They continued to live in Stillwater for the next two years while completing college.

Joe worked at a gas station and also in the parts department at the John Deere dealership in Stillwater. During that period, he developed his lifetime passion for everything OSU. Later in life, he could always be recognized by his OSU orange shirts, hats, shoes and almost anything else he could find that had the OSU logo. In addition, his cars could always be identified by the OSU alumni sticker.

He initially taught mathematics at Bowie Junior High School, and the next year he moved on to Amarillo High School, teaching first at the original campus on Polk Street and then at the new high school. He enjoyed 14 years of teaching algebra, geometry and other advanced coursework as well as being the head of the math department. He also sponsored the Key Club during those years. He developed many relationships with his students who later became his clients and good friends. He was a member of Amarillo Classroom Teachers Association, TSTA and NEA.

Beginning early in his teaching career, Joe had a summer job working on the “extra board” for Santa Fe and Rock Island Rail Roads. He loved this work and always spoke fondly of riding trains from Sayre to Tucumcari.

Upon moving to Amarillo, Joe and Sue joined Southside Church of Christ, which later became Southwest Church of Christ. Over the next 60 years, he served in many roles at Southwest including Bible class teacher, deacon, elder and most recently he and Sue were very involved in the Family Service Center providing clothing and household items to families in need of assistance in the Amarillo area. Christ and the church have always been the cornerstone of the Norman family, and to this day many of his most cherished relationships are those within Southwest.

Joe and Sue had two sons, Jeff and John. Following their birth in the early 1960’s, Sue paused her career teaching to stay at home and care for the boys. As the boys moved into elementary school, Sue resumed her elementary teaching career.

The next years were spent attending the boys’ sporting events, participating in church activities, boating, scouting, enjoying ski trips, and taking long car trips to national parks as a family.

In 1976, Joe retired from teaching and began his second career in real estate when he started working for his close friend, Larry Brown, selling homes. After a few years, he began building homes and transitioned away from sales to construction, and in 1995 he formed Joe Norman & Company. He particularly loved building homes for families all over Amarillo and the greater Texas Panhandle. As time went on, he focused on building custom homes for clients. Many of these people were repeat customers or referrals from other loyal clients. His integrity was something that all of his clients appreciated and what kept them coming back as repeat customers. In addition to other professional organizations, Joe was a member of the Texas Panhandle Builder Association and served as president in 2000. More recently he met weekly with a small group of friends and colleagues for coffee and a time of prayer in his office. Joe retired from the construction business in 2016.

As Jeff and John started their families, Joe quickly took on the role of Grandpa and loved spending time with his grandchildren. He and Sue regularly planned special vacations with the grandkids to the beaches and mountains from California to Florida. To celebrate their 50th wedding anniversary, Joe and Sue hosted the entire family on a cruise to Alaska. He loved taking the grandchildren on learning adventures, and his grandkids loved him dearly.

Much to everyone’s surprise, Joe purchased a Corvette late in life and got involved with the Amarillo Area Corvette Club where he enjoyed road trips and other gatherings until only a few years ago. One of his other hobbies, collecting vintage John Deere tractors, probably came from working on his uncle’s farm as a boy where he developed a love for tractors and other farm equipment. His John Deere tractors were a huge source of pride and enjoyment to him. He was a member of the Panhandle Antique Tractor Club and spent many fun weekends attending tractor events throughout the region.

Joe was preceded in death by his father Dennis and mother Marjorie along with his younger brother Jerry.

Joe is survived by his wife of 62 years, Sue, his two boys, Jeff and his wife Jill and their two children Jack and Sidney, and John and his wife Kelly along with their three girls Addison, Ashley and Alexis.

We would like to thank the caregivers at The Reserve at Amarillo for the love and kindness they have shown him and our entire family.

In lieu of flowers, please consider a donation to High Plains Children’s Home.