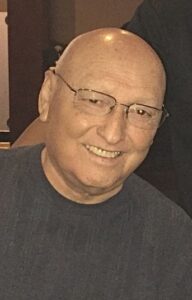 Joe was born in Edinburg, TX on June 23, 1939 to Jose Antonio and Rafaela Rodriguez.

After graduating high school in Edinburg, he moved to Amarillo where he met his future wife, Charlotta Vaughn.  He worked as a butcher and meat market manager at Safeway for 32 years.

He was an active member and ordained deacon at Forest Hill Missionary Baptist Church.

Many weekends were spent cheering for his favorite football teams, the University of Texas Longhorns and the Dallas Cowboys.

He is preceded in death by his parents, his brothers Humberto, Hector and Joe2, and his sisters Gloria and Oralia.

Joe was blessed with several nieces, nephews, great nieces and great nephews whom he loved dearly.

He lived life to the fullest in every aspect and we will miss him dearly.