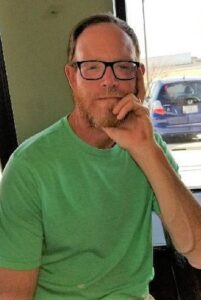 Services will be at 10:00 A.M., Saturday, March 14, 2020, at Harvest Connexion Church with Curtis House officiating. Burial will be in Happy Cemetery. Arrangements are by Boxwell Brothers Funeral Directors, Amarillo.

Justin was born in Amarillo on January 8, 1976. He graduated from Amarillo High School in 1995.

Justin was a master carpenter and an all-around fix-it guy. He worked at Cattle Call and was a regular at Waffle House.

Justin was a great stepfather to the kids; they were involved in each other’s lives. He was proud of them.

He is preceded in death by his grandfather, Tom Airhart.

One Reply to “Justin Blair Airhart”