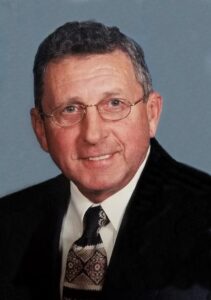 Emil was born on April 21, 1938 in Norfolk, Nebraska to Paul and Irene (Weich) Koerting. He graduated from Norfolk High School and attended Northwest Community College in Norfolk and Wayne State College in Wayne Nebraska. Emil participated and excelled in football, basketball, and baseball. He was an avid golfer and die-hard Nebraska Husker football fan.

He enjoyed holiday gatherings with family and friends and spending time with his grandchildren. Emil was a meat grader with the USDA for 35 years.

Emil was preceded in death by his parents and siblings, Glen Koerting and Fern Koerting Claus.

A celebration of life will be held at a later date. Memorial donations may be made to Trinity Lutheran Church, 5005 I-40W, Amarillo, Texas 79106