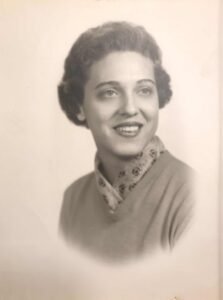 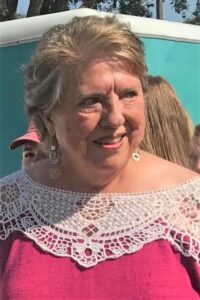 Mary Ruth Brown Bechtol, 82, of Canyon, TX passed away on December 4, 2020, in Amarillo, Texas at BSA Hospital. She was born on December 11, 1937, in Duncan, Oklahoma.
Private family services were held.

Mary Bechtol was a recognized artist and has had a love affair with the arts ever since a third-grade teacher in her native Oklahoma taught her to paint to music. She grew up on the Southern Plains, her family moved frequently, and she noticed the subtle differences in the landscape. This influenced her art for rest of her life.

Mary studied art at West Texas A&M University, Canyon, Texas and has also had the good fortune to study with many “greats” in classes and private workshops including Stephan Kramer, Scott Burdick and Rick Howell. She realized a life-long dream of being a featured artist in a gallery in New York City.

Mary graduated from Borger High School in 1956, received her Registered Nurses Degree from Northwest Texas Hospital School of Nursing in 1960, worked as a registered nurse, a commodity and stockbroker and raised a family of three daughters alongside her husband David, a large-animal veterinarian. They began their career in Dimmitt, Texas in 1966 opening up Dimmitt Veterinary Clinic and then in 1974 established a veterinary consulting practice in Canyon, Texas.  She was the Chief Financial Officer of all of the family-owned businesses, including the Cowboy Café, Bechtol Fine Arts, and Bechtol Girls LTD. She was also an avid bird-watcher. She and David made their home on a farm in Canyon.

She was preceded in death by her Mother and Father, Martha Burgess Brown and Paul Jackson Brown; and two sisters, Bobbye Evatt (John) and Jeannette Elmquist (Gordon).

She never met a stranger and was beloved by all who knew her.