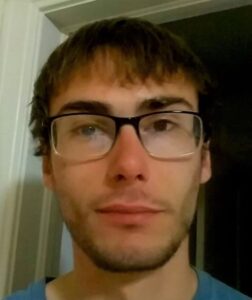 Samuel was a gifted athlete and earned numerous medals for his accomplishments in cross country, track and basketball. As a boy, he loved fishing and family vacations. As he grew older, Samuel developed a love for writing poetry and songs. Samuel was also an avid reader. Among his favorite books were, “Man’s Search for Meaning” and “The Prophet”. Samuel studied philosophy which fed his deep curiosity about life and human behavior. He was especially fond of the work of Alan Watts. Sam had a beautiful mind and a deep capacity for thought and human observation. His curiosity about the world inspired those around him to never take anything at face value and to always ask questions and learn more. He was dearly loved by those closest to him and we will miss his smile, his keen sense of humor, his probing questions and the way he reciprocated the love he received in his unique and beautiful manner.

In honor of Sam’s memory, donations may be made to Cal Farley’s Boys Ranch.